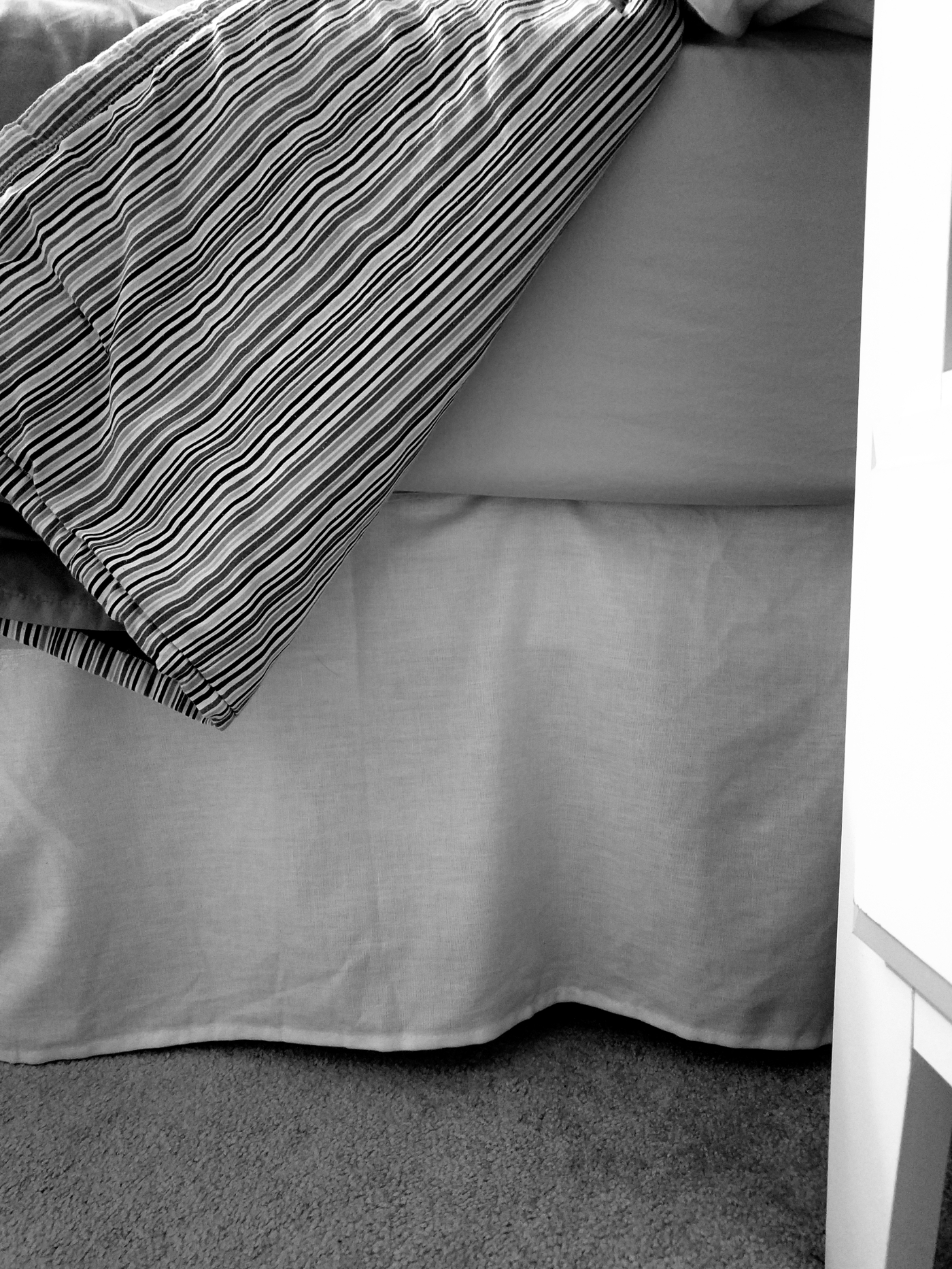 It was a typical day at home with the kids. My son (age 7) had an early dismissal from school and he and my middle daughter (age 4) were *actually* playing nicely in his bedroom (okay, THAT part is definitely not typical!). I could only imagine the mess they were making, but as long as there was no tattling or tears, I didn’t really care.

When it was time for my youngest to take her nap, I brought her upstairs to her bedroom. Her room is next door to my son’s bedroom, and I noticed that although he had his door closed (most likely to keep me from seeing their destruction), I could still hear them playing rather loudly.

My youngest was getting fussy, so I placed her in her crib and quickly went into my room,  and then the kid’s bathroom, to gather the laundry baskets. Before I headed down the stairs, I decided to peek in on the big kids and remind them that they had to play quietly or come downstairs while their baby sister napped.

When I opened the door I immediately noticed that the contents of the closet were tossed on the floor and there were no kids in sight. I smiled to myself (in spite of the mess I’d have to eventually help pick up) knowing that they must be in the closet, hiding. I quickly opened the double doors… to reveal nothing, just a bunch of hanging clothes (at least they didn’t yank those down, too!) I heard some rustling and decided that they must have hid in the guest room across the hall. They normally hide under the bed in there because it’s high up off the floor. I tip-toed into the room and crouched down to catch them.

At this point I knew we were officially in a game of hide n seek and I had to step it up a notch! I glanced at the stairs and found that our dog was lying on the top step on the other side of the gate.  Our dog, CeCe, is notorious for giving away hiding spots. So, I proceeded back into my son’s bedroom, knowing that I couldn’t be that far off. As I walked in, I noticed that the bed skirt on his queen-sized bed billowed in and out. My heart skipped a beat as I plotted my plan of attack! I deliberately made my way around the side of the bed, stepping as heavily as I could to make them squirm (of course!).

“Hmm, I wonder where they could be hiding?” I said out loud waiting for their little giggles. When I made my way back around the bed toward the door, I noticed the bed skirt moving again. I pretended to leave the room, but instead, slowly lowered myself to the floor.

With my face inches away from the bed, I listened carefully, waiting for the perfect time to scare the living daylights out of my little cherubs! I heard their rapid breathing and the shifting of their little heads against the carpet. I looked back at the dog who at this point was perked up and staring at me. She knew I had found them (OR she thought I was crazy?!)

-BUT just as I was lifting my hand to pull back the bed skirt and reveal that Mommy was the winner, I heard something. It was the sound of kids playing.  The noise was coming from downstairs (or maybe even outside?), but DEFINITELY NOT from under the bed that I was currently laying next to! (Instant CHILLS)

I hopped up, grabbed my baskets, and darted down the stairs! I checked the living room first- TV wasn’t on. Then the back deck- they weren’t there.  I dropped my baskets and took off toward the basement…

and there they were, sitting on the floor covered in Legos, fighting over a mini-figure.

Of course, they asked Mommy why she looked so scared, with which I replied that they needed to play quietly because Baby was sleeping.  Then, I immediately left the basement before they could suck me into their fight— Obviously, Mommy had bigger fish to fry!

I mean, I guess there was a small window of time for them to quickly leave the bedroom, open the gate at the top of the stairs, close it, and lock it behind them (something they NEVER do!), AND make it down to the basement without the dog following them?? without me hearing them?? all while I picked up the laundry baskets in the next room.

I texted my husband to find out where the air vents were in our son’s room (I know I could’ve looked for myself, but I wasn’t ready to face that room again, not yet, at least!). When he told me they came through the ceiling, I knew that they couldn’t possibly be what caused the bed skirt to move.

So, here I am, a grown woman, cowering over the island in my kitchen, drinking ANOTHER cup of coffee, trying to figure out WHO I just played hide n seek with?? AND if it made me a BAD MOM for not really wanting to investigate what was under my son’s bed??

Although, the laundry never actually got done, and my husband DEFINITELY thinks I’m going crazy, the fear was real that day! I’ve since tried to rationalize what I must have seen or heard, but I still can’t bring myself to look under his bed.

My son will be fine, though.

Do YOU have a spooky story that you’d like to see featured? Send me an email at growinguphaunted@gmail.com. You can write your story OR send me the spooky details and I’ll take a stab at it!